April is birthday month for all the Walligans. For the last 2 birthday months we have gone to Ballandean in the Granite Belt. The Granite Belt is renowned as the coldest part of Queensland due to it’s elevation and probably why it’s so good for growing grapes and making wine. It’s also quite beautiful and the sunsets are out of this world stunning. It also produces nearly all of Queensland apples. 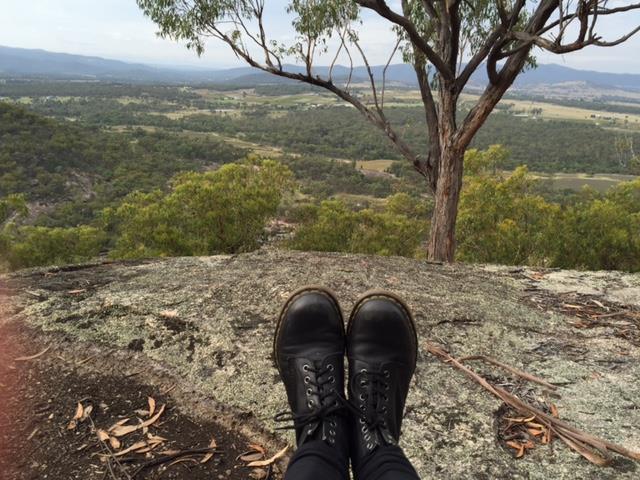 Last year we had a fantastic time exploring this region together. The pic above is from one of our hikes. The view from the granite hills over the forests and vineyards is pretty amazing. Ballandean is a small town of less than 500 people. It has a railway station (closed) and a triceratops (not real) and a pub (never been in it). The main thing going for Ballandean is its location within the Granite Belt and its Airbnb treasures. Last year we stayed at the outrageously amazing Severnview premises perched atop a mountain overlooking the valley like the villains lair in a James Bond movie. Jenni and I stood on the terrace of Severnview and watched the morning mists roll down the valley beneath us, we saw the crimson sunrise and the orange fire sunset and cloud caused shadows dance along the vineyards during the day. It looked alright if you like that sort of thing.

This year Jenni and I decided we were going to bring along some company on our birthday month visit to Ballandean. Jenni probably realised I was going to need some help with moving the rock. We booked the beautiful James Farmhouse and invited a select crew of friends and family. This is the “before” picture, before the birthday celebrations began.

Last year Jenni and I stumbled upon a marvelous restaurant called the Barrelroom in a vineyard near the house. The food is all locally sourced, from no more than 15kms from the kitchen, respectfully prepared and elegantly served. The wine is also excellent and the staff a delight. This was where we all descended for lunch.

As per our last visit this was again an enjoyable dining experience. Travis Crane and Arabella Chambers, two chefs from Brisbane relocated to Ballandean over a year ago to follow their dream of opening a restaurant in rural Queensland, the Barrelroom,  that supported local, sustainable, ethical and organic farming practices. Their restaurant is within the grounds of an established vineyard and is delightfully decked out. The food is superb and we all had a great time there before we made our way back to the farmhouse to continue the birthday celebrations. Jenni baked the most amazing cheesecake for my birthday and we made pizzas for the crew. All were delicious and devoured with gusto.

Much hilarity and imbibement was had.  Kemp brought his big telescope and we all had a go at viewing Saturn and her stunning rings. The sky was clear as there was almost no light pollution. It was the first time I had observed them properly through a large telescope and it was a uniquely memorable experience. We played Balderdash, a game where you make stuff up and try and persuade others it’s fact. I was astounded and outraged, and not just a little impressed, at the ingenuity and guile and downright untrustworthiness of our crew. People you love and trust looking you in the eye and telling you sincerely utter nonsense they just made up and I believed all of it. I’m useless at this game but loved every minute of it. At the end of the night before we all retired we took an “after” picture. It paints a thousand words, I’ll leave it at that.

The next day, surprisingly, we were all up early to go for a hike in Girraween National Park. This park makes up a large percentage of the Granite Belt and is a must see for anyone visiting this region, as well as the vineyards. The park features short and long hikes and range from easy to a bit mountain goaty. We chose a walk about mid range and about an hour.

The park is massive and has loads of walks. There are also campsites, which were full both this year and last, a testament to the appeal of this region. From wikipedia…

The park has abundant fauna, including some that are rarely seen elsewhere in Queensland, such as the common wombat, spotted quoll, lyrebird and the turquoise parrot.

The area is also noted for its diverse flora. The eucalypt forests and heathlands provide habitat for abundant birdlife. In spring, many wildflowers bloom, this led to its being called “place of flowers” in the indigenous language. The area is the only place where the Wallangarra whitegums grow.

In 1992, Taronga Park Zoo staff discovered the rare Bald Rock Creek turtle. The species has only been found within a ten km stretch of the creek

It is a place worth a visit and to stay for a day or two to explore.

I stood the camera on a wayfinding post and set it on a timer to get this picture of all of us. I think this was take 7 or 8. The surroundings are amazing, bare rocks with bizzare weather carved striations separate densely packed areas of trees and ferns and flowers. It’s a beautiful place.

The picture is of Becky and Jenni standing inside the Granite Arch in Girraween National Park. The park also boasts features such as the First Pyramid, Second Pyramid, The Sphinx, Turtle Rock, Underground Creek, the Eye of the Needle and Mount Norman. This page http://www.rymich.com/girraween/ has the best pictures of the park.

After the walk it was with a fake sadness Jenni and I bade the rest of the crew farewell as we’d planned an extra night in James Farmhouse just on our own. It was our time to relax and read and recharge the physical and mental batteries. This is the view through the windows of the farmhouse of the vineyard across the road while Jenni read her book. It was agreed afterwards this was the best and most comfortable seat in the house.

That evening the sky rewarded us with the most spectacular sunset I had ever seen, and that is quite a claim. There were rivers of orange and gold, fingers of fire caressed blanket of liquid light from horizon to horizon. This picture in no way does justice to what we observed but may give you a clue to its majesty. 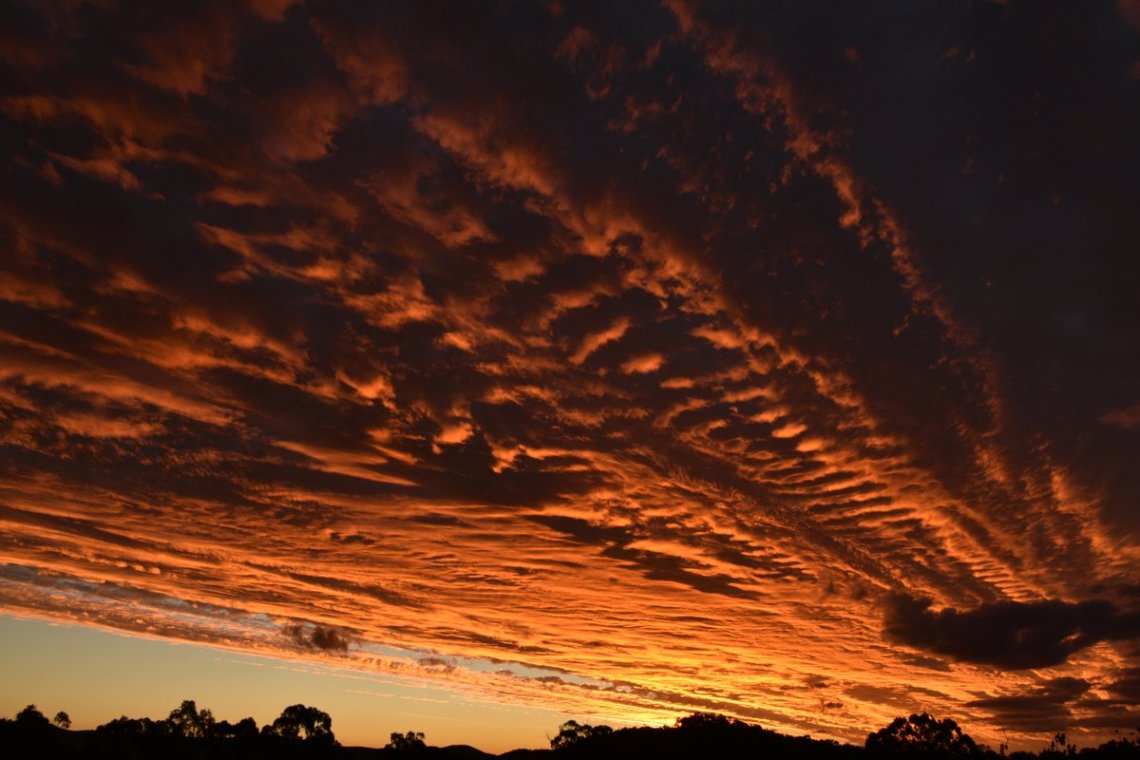 Last year Jenni and I toured the wineries and I tasted the best wine I’d had in a long time, Lagrein from Symphony Hills, also one of the most expensive but gawd it was delicious, like an angel danced on your tongue. This year the friendship between the crew was palpable and these memories will last me a lifetime. Ballandean, We may rarely visit but each time you produce the goods.